Integrate with Splynx to load customers and network infrastructure into Preseem.

Preseem can integrate to your Splynx system to keep in sync with customers, services and network infrastructure. The following steps describe how to setup Splynx for use with Preseem.

Preseem polls Splynx for information about sites, device, accounts and services via an API, from the Preseem cloud.  Changes in Splynx are synced to Preseem within 5 minutes.

Login to Splynx as an administrative user and click Administration on the menu at the left side of the screen.  Click the API keys button.

If you want to restrict the IPs that can connect to the API, you can enter the following IP addresses:

Copy the Key and Secret; those will be needed by Preseem to configure the Splynx integration.

Click the Add button to save the API key.  This will take you back to the API key list.  Next, you need to setup permissions for the API key; click the Lock icon in the Actions column of the Preseem row.

This will show the API key permissions screen.  For each object type listed in the table below, click on the slider beside that permission, and configure the permissions as requested. 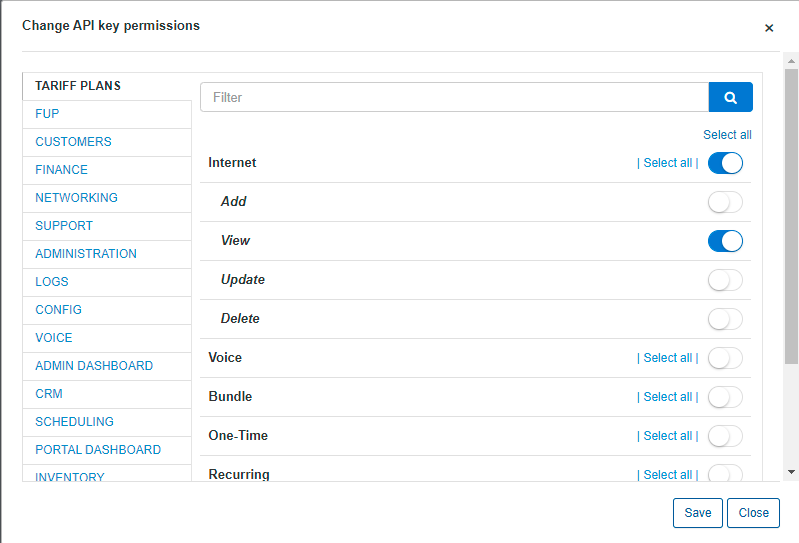 After you have configured these permissions, click Save to save them.

Preseem can read your APs and routers from Splynx.  To do this, it needs to know which Device Types map to which type of equipment.  This can be found in Config > Networking > Monitoring, as shown in the screenshot below.  Simply send a screen shot of this or let your Preseem support engineer know which Device Type IDs should be used for APs and routers.  This information is not available to Preseem via the Splynx API. 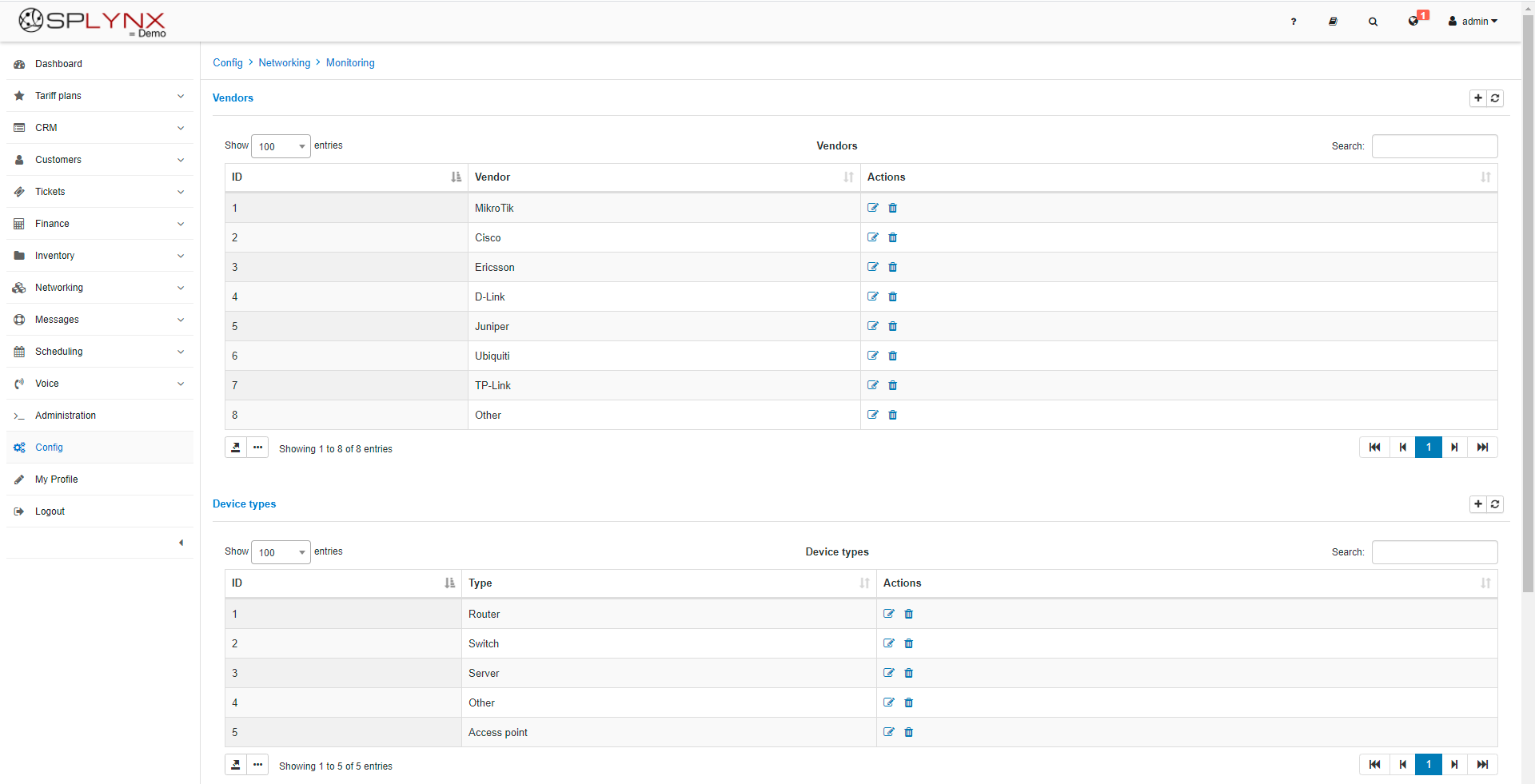 Finally, provide the Preseem support team with the following information: